Welcome to the Chevron Refinery

Living in a city with an oil refinery dominating the landscape evokes a lot of emotions with many of the residents.  Some residents may hate the refinery, others may love it and others—usually the majority—give the refinery no thought whatsoever until there’s a problem.  Such is the case with the Chevron refinery and the people of Richmond.

Chevron provides 42% of the City’s operating capital and is one of the largest employers in the community.  Chevron routinely sponsors the Cinco de Mayo parade and festival, the Juneteenth parade and festival and National Night Out.  Chevron also funded the Fab Lab at Kennedy High School that is used by youth and adults from around the East Bay.  Chevron was the major funder for the rebuild of the Santa Fe Union Park as well as the Shields Reid Park.  Chevron provided $35 million over ten years to fund the Richmond Promise Scholarship Program.  About a dozen years back Chevron donated $15.5 million over five years to the WCCUSD.  Chevrons’ philanthropic fingerprint can be found just about everywhere Richmonders look.

But Chevron has also inspired the wrath of the community with some of their missteps.  The fire in the Crude Unit unit on August 6, 2012 is still used by the naysayers as an example of a major corporation that puts profits above people.

To paraphrase an old saying: “one oh-shoot invalidates a thousand atta-boys”.

If we were to examine the census data for people living in Richmond, it seems like half of the residents will claim as their profession that they’re ‘community activists’. And when anything happens at the Chevron refinery, the streets are teeming with self-described experts.  Making the problem worse, too many elected officials will cite these ‘experts’ when they pontificate about the incident.

A few years back a rumor was floating through the city that Chevron was looking to close their refinery.  The next thing we knew, the Richmond City Council was discussing this at their meetings with the Mayor even talking about what she would do with the property when Chevron left (as if it belonged to her instead of Chevron). 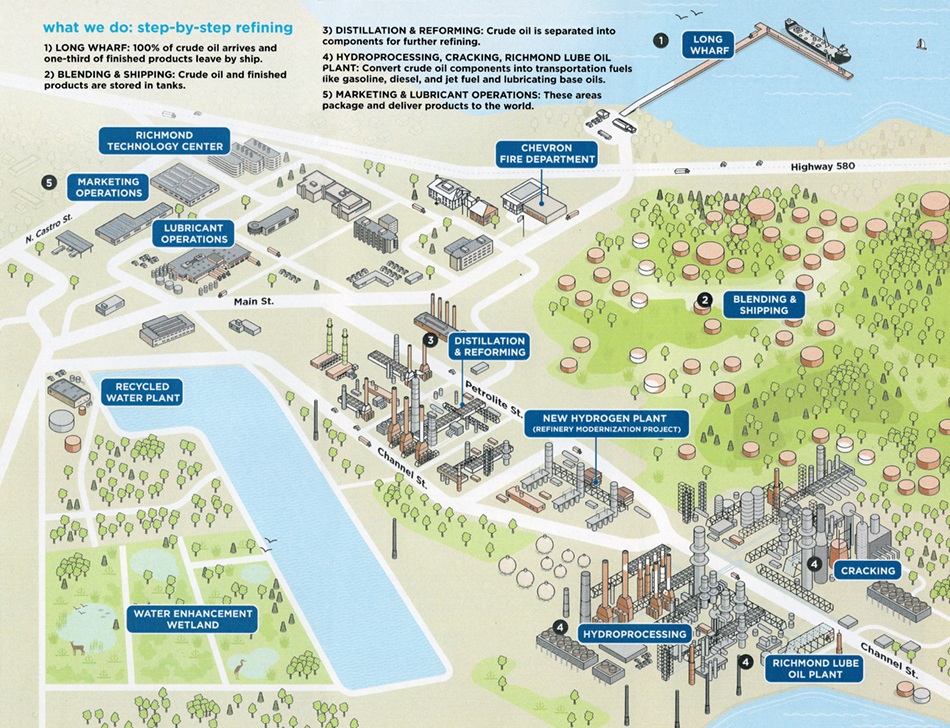 Chevron sends out a regular newsletter to inform the public about what’s going on in their refinery and they also fund an online news site—The Richmond Standard—to put out community interest stories as well as updates about the refinery. 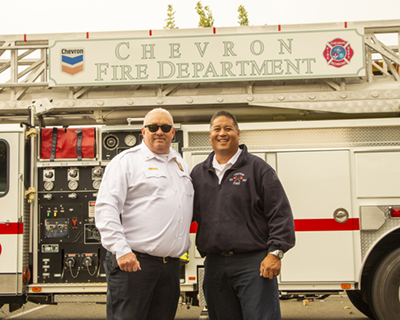 Chevron believes that one of the best ways to open the eyes of the public about what’s taking place on their side of the fenceline is to invite the public to tour their refinery to hear from real experts and to ask questions at the numerous booths they set up.

Such was the case on Saturday the 19th when about 600 residents took bus tours of the refinery.  Chevron provided dozens of employees to conduct the tours and provide answers to questions the public might have.

In case our readers get called to play Jeopardy on TV and the Chevron Refinery is one of the topics, here are a few tidbits of information (much from Wikipedia):

Attached here are a few photos from the Chevron handouts and some recent community events. 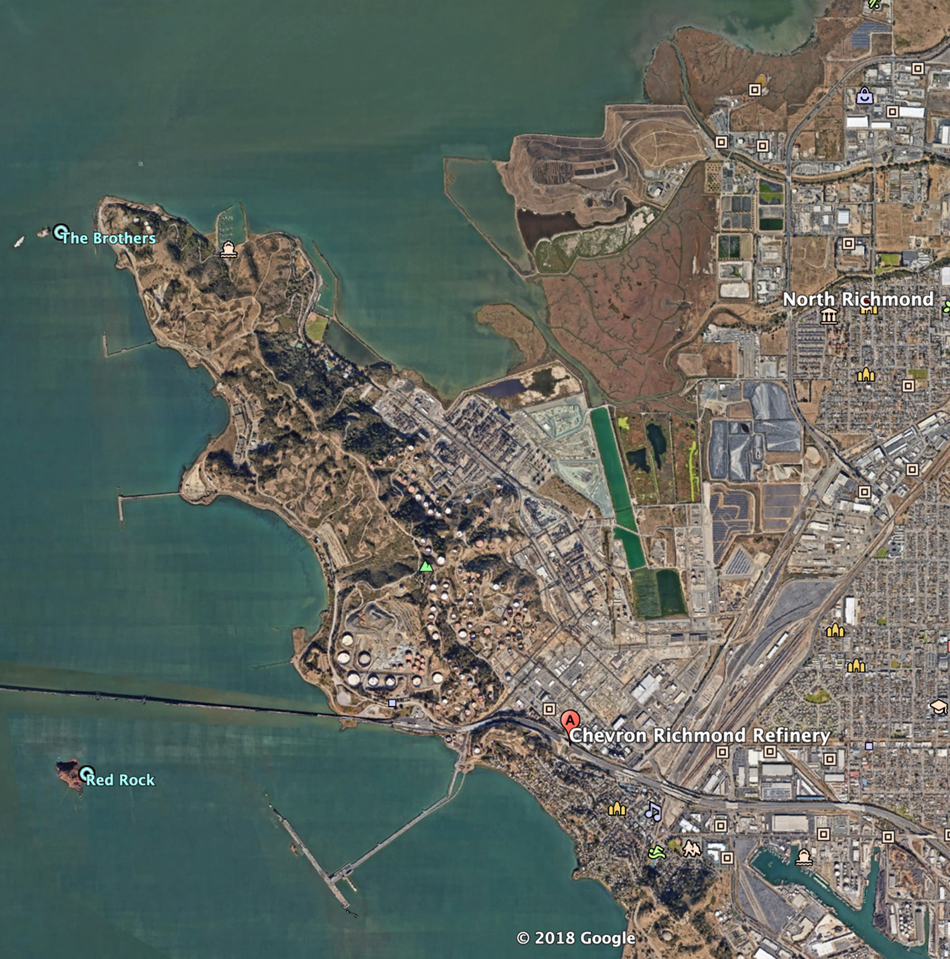 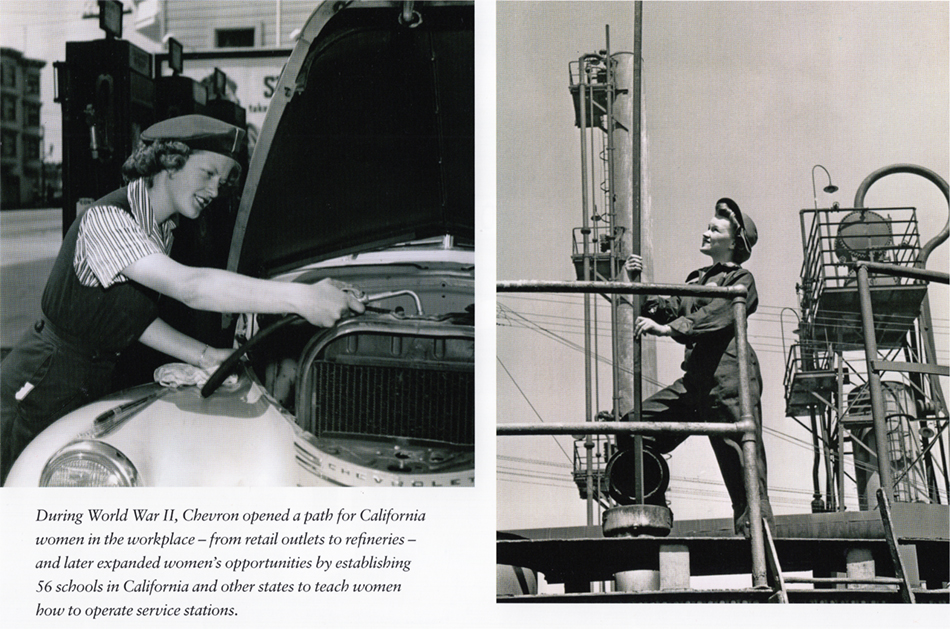 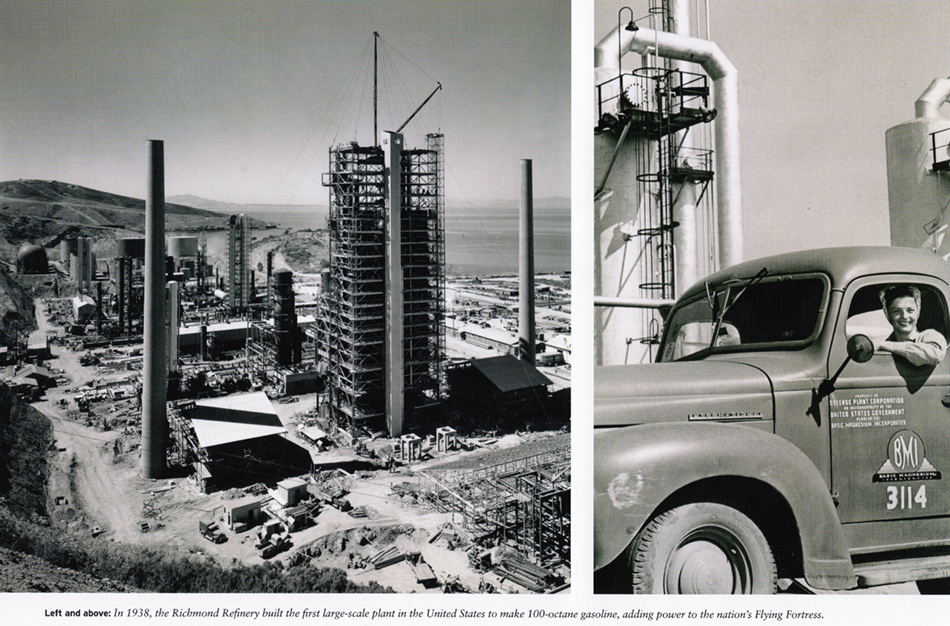 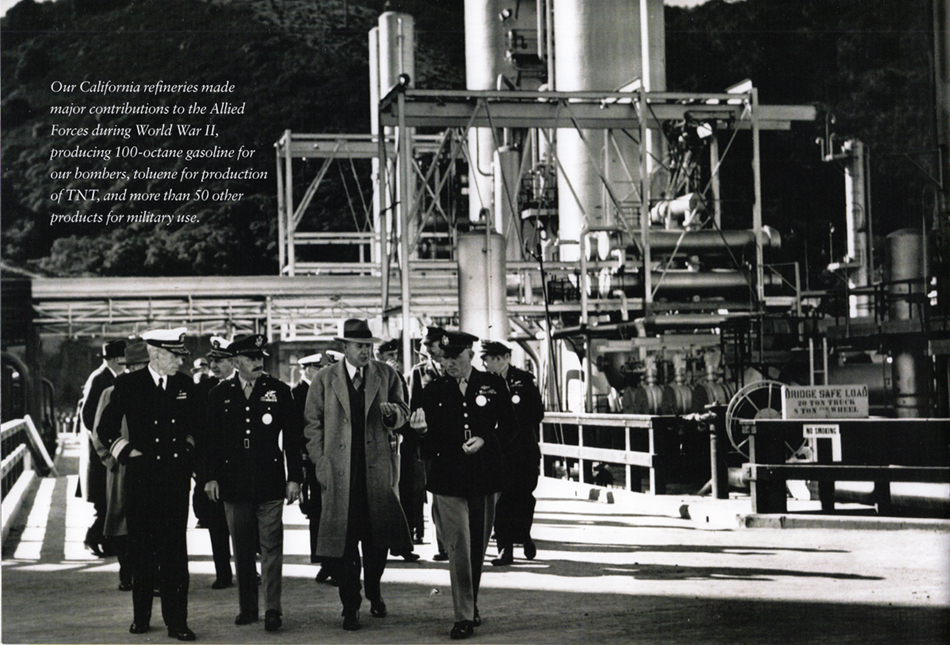