WHAT ARE THE CRITERIA FOR ‘TIME’S PERSON OF THE YEAR?

"While most of the people who have been named Person of the Year have earned the title by achieving good things in the world, that’s not one of the criteria. In fact, both Adolf Hitler and Joseph Stalin have “won” the title in the past (Stalin actually won it twice!), and, well, it wasn’t because they were particularly good guys.

According to Time, there is really only one criterion that determines the Person of the Year. They are “the person or persons who most affected the news and our lives, for good or ill, and embodied what was important about the year.” As you can imagine, that means that some years, there are people who are up in arms about whichever person Time selects — especially when politics are involved.

On the bright side, if someone whom you don’t like happens to be chosen this year, you can feel free to remind yourself that Time isn’t choosing the best person. They’re just choosing the most newsworthy person."

What one person has impacted 2020 more than any other?  For all that President Trump has done, Derek Chauvin’s knee on the back of Floyd George’s neck probably affected more in this country—and the world—than any other person.

This singular action engulfed the news for months on end and fueled a long standing rage that had been building in the souls of men and women across the country.

What are your thoughts on this option and what other person do you believe had a greater impact? 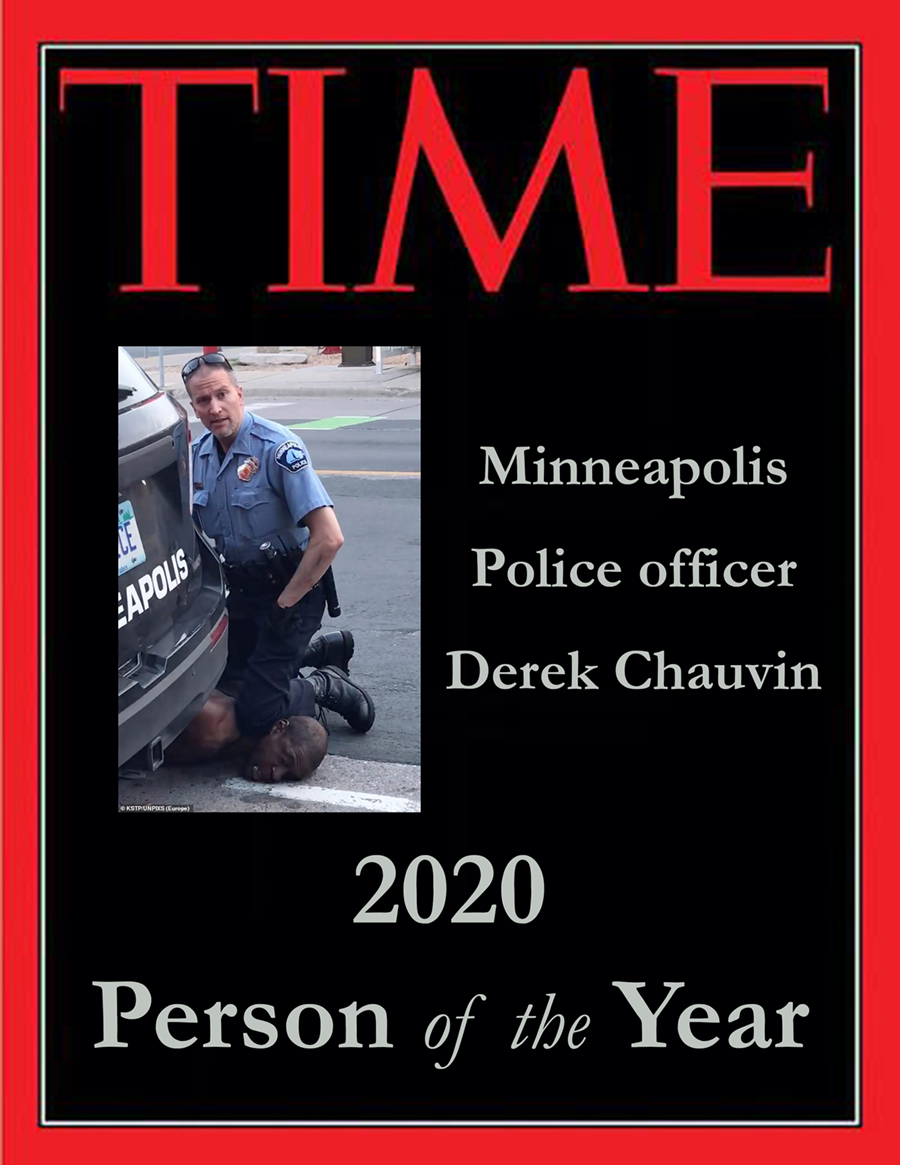