WHO GETS CALIFORNIA'S 495 DEMOCRATIC DELEGATES?

GET READY TO BE CONFUSED

The Democratic Party uses a proportional representation to determine how many delegates each candidate is awarded in each state. A candidate must win at least 15% of the vote in a particular contest in order to receive any delegates. Pledged delegates are awarded proportionally in both state-wide and regional contests. In each separate state-wide or regional contest, a subset of the total pledged delegates are chosen based on proportional representation, so it is possible for candidates to win delegates even if they receive fewer than 15% of overall votes in a state-provided they receive more than 15% in a particular regional content. There is no process to win superdelegates since they can vote for whomever they please. A candidate needs to win a simple majority of total delegates to earn the Democratic nomination. 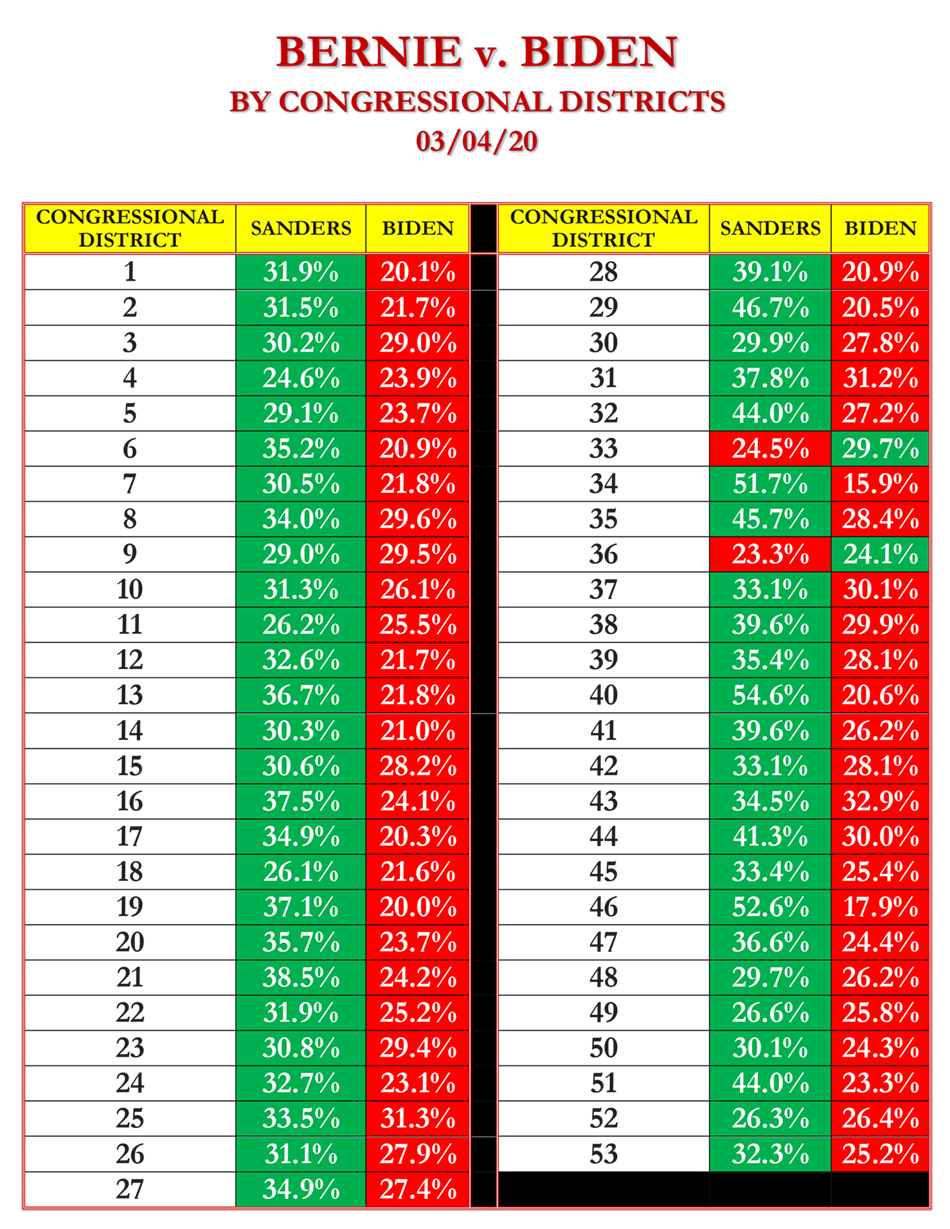 [At this time, the only two candidates who have reached the 15% threshold are Bernie Sanders and Joe Biden.]

District-Level Delegates are one of the “Pledged” groups of delegates because they will be a guaranteed vote for (or pledged to) a particular candidate before the National Convention. Each of the 53 Congressional Districts (CDs) are allocated a certain number of delegates based on population and presidential voting from 2012 & 2016 elections. Using the same criteria, 35 of the 53 CDs are also allocated 1 Alternate each.

A PLEO is a registered Democrat from a particular category (see below) who has pledged their support for a particular Presidential Candidate. To be considered, the PLEO candidate must fill out the appropriate form and be pledged to a candidate who received at least 15% of the statewide primary vote. This group is also confirmed by the 272 District-Level Delegates at the Statewide Delegation Meeting. Those who are eligible to file as a PLEO are those from the following groups: