WHO WILL BE OUR NEXT CONGRESSPERSON?

Most people understand that every ten years, after the data from the latest census is collected, electoral districts are redrawn.

By law, who currently serves a community cannot be factored in.  There are a series of criteria that must be considered but actual population is the foremost component. 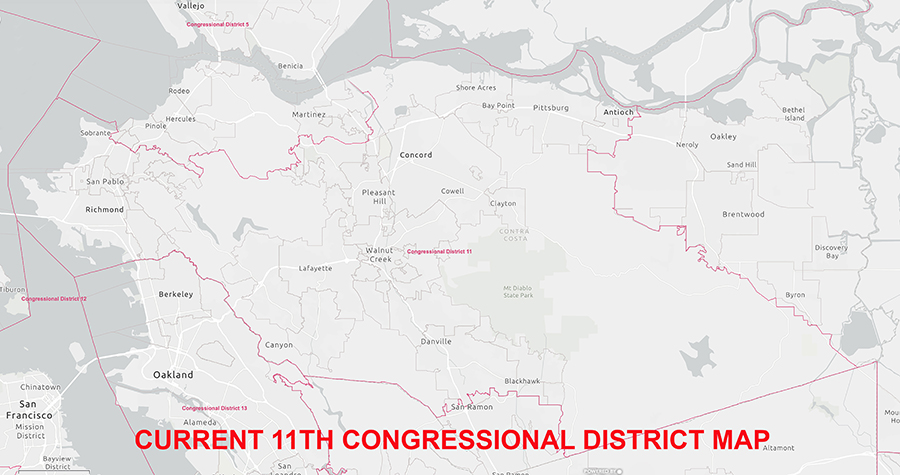 Locally, many of our community leaders have been weighing in on where the lines should be drawn to decide where the City Council districts will be.  And then there are the school district wards.

What’s been largely ignored, though, is the 11th Congressional District.

But the proposed new boundaries for the 11th Congressional District are outside of where Congressman DeSaulnier resides. 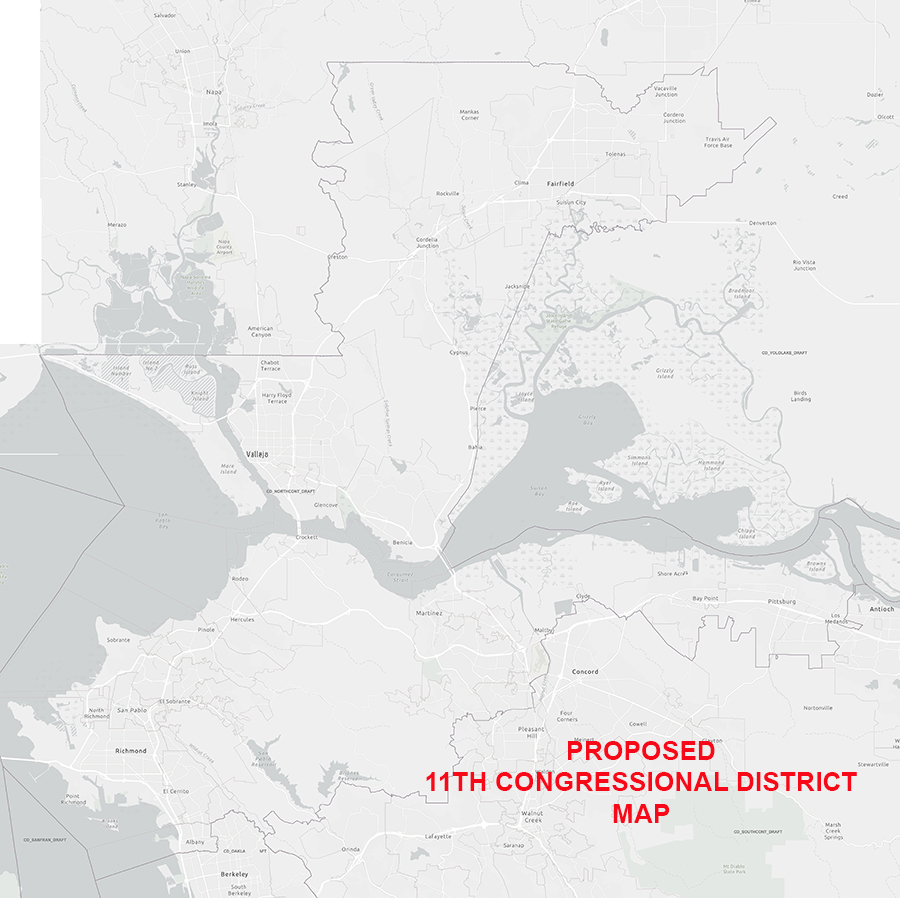 Slightly north of the 11th District is an area represented by Congressman Mike Thompson from St. Helena.

The new 11th District will now encompass all of West County plus Albany.  It will also stretch to the western edge of Antioch.  Heading north, this district will reach all the way to Travis Air Force Base and include Vallejo, Fairfield and will stop on the southern edge of Vacaville.

Since Congressmen DeSaulnier and Thompson reside outside of these new boundaries, it is unlikely that they will choose to run to represent the 11th Congressional District (a Congressman does not have to reside in the district being represented.  Just a few years back this district was represented by Congressman John Garamendi whose home was several hundred feet north of the boundaries in Elk Grove east of Sacramento.).

Without an incumbent, who will step forward to convince the electorate that they can represent the extremely diverse residents of this new Congressional District?  Perhaps someone from Fairfield or Benicia?  Or even Albany?

Whomever is elected to represent this district will have zero seniority.  This means that it may take a decade or more for them to be appointed to a choice committee to serve on.  And there is always a chance that the newly elected Congressman may even be a conservative—maybe even an actual Republican.

Anyone interested in lobbying the group drafting these new lines can reach out to them at https://www.wedrawthelinesca.org