With High Rate of HIV/AIDS, Education in Richmond is Key 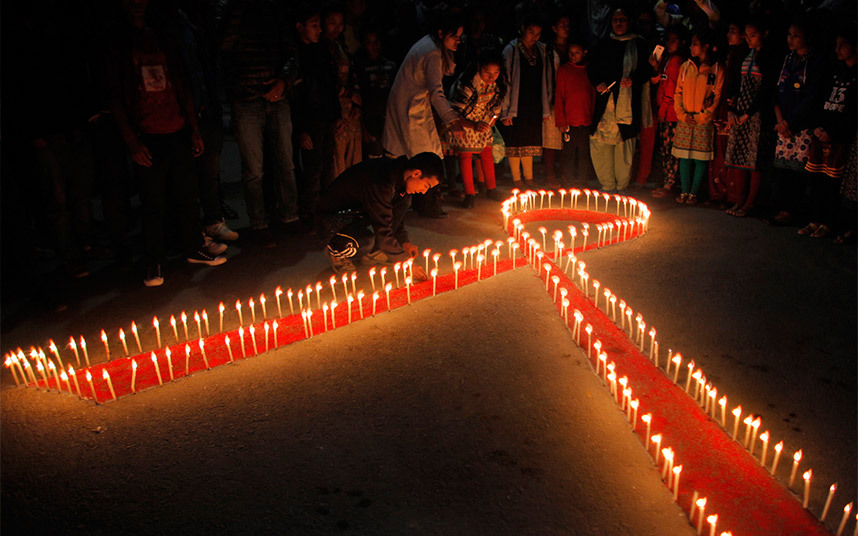 Richmond has the highest rate of HIV/AIDS infections in Contra Costa County, with one out of every 290 residents living with either the virus or the immune system ailment it may inflict.

Today, on World AIDS Day 2015, education about the disease and how to prevent its spread is the focus of an international campaign.

CCHS has been serving the county’s HIV/AIDS population for three decades in addition to their other healthcare services. For the 27th annual World AIDS Day, the healthcare agency is supporting the international theme – The Time to Act is Now.

“The goal is to make sure that we are implementing the Center for Disease Control’s recommendation that every adult have at least one HIV test in their life and those who are engaged in unprotected sex are tested regularly,” says the health services director.

World AIDS Day was started in the late 1980’s during the height of HIV/AIDS pandemic to raise awareness and spread education about the illness and how to prevent it. While it started with the theme of communication, the day is now action oriented with the goal of entirely stopping the spread of infection.

“The time for folks to know their HIV status is now,” Goad says. “The first priority is that [once aware of her or his status] the individual will be able to take advantage of the medication and live a full lifespan.”

In low-income communities like Richmond, access to information about diseases like HIV/AIDS is often lower than in higher income areas, which in turn leads to higher rates of infection.

According to the Center for Disease Control (CDC), “while the HIV epidemic has not had a broad impact on the general U.S. population, it has greatly affected the economically disadvantaged in many urban areas.”

To show solidarity in support of World AIDS Day, Mayor Tom Butt recently sponsored a proclamation declaring December 1 World AIDS Day in Richmond. The entire City Council signed the proclamation as well in a gesture of support in the fight against the illness.

Less than 1 percent of the United Sates general population has HIV/AIDS, while populations in low-income urban areas have an infection rate of around 2.1 percent. This is on par with infection rates in countries like Ethiopia and Haiti.

Throughout the United States there is an inverse relationship between average annual income and the rate of HIV/AIDS infection in communities.

To combat the disproportionate level of infection in low-income communities, the CDC suggests ramping up education in these areas. According to the organization, “community-level interventions, in particular, would be ideal for these foci of high HIV prevalence.”

That’s where the work of CCHS becomes crucial.

“It’s really important for people to get the message that HIV testing is the only way to know [if they are infected],” Goad says. “Some people hold onto myth of wait until you get sick, then go see the doctor, but with HIV you might not know if you’re positive.”

Because there often aren’t symptoms of HIV, it’s estimated that one in eight people with the virus are unaware of their infection. To combat this lack of knowledge and spread awareness on tips for prevention, CCHS is hosting two free testing events for World AIDS Day. The first is December 1 at Todos Santos Plaza in Concord from 10 am to 3 pm. Later in the day, the Rainbow Community Center at 2118 Willow Pass Road in Concord is hosting a testing event, from 5:30 pm to 8:30 pm.

In Richmond, the Native American Health Center at 2566 Macdonald Avenue has free, private testing every Friday from 1 pm to 4 pm.

To learn more about HIV/AIDS services in Contra Costa County, call the CCHS AIDS Program at 925-313-6771.