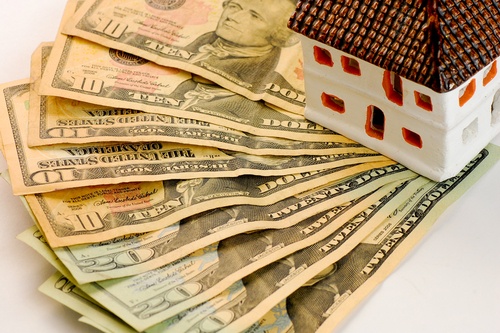 Discussion over the proposed rent control legislation stretched over six hours, during which time over 100 speakers pleaded their cases to the increasingly wary Councilmembers.

Dozens of landlords spoke before the Council donning red t-shirts with the message “No Rent Control” to show their solidity. Their stories became familiar as the meeting proceeded.

“I have been a resident of Richmond for 66 years, and I have kept rental increases at my duplex reasonable,” pleaded speaker Helen Brun. “Over time rent control will contribute to deterioration of rental properties in the city…Rent control will not solve the problem of too little housing in Richmond. Instead of spending exorbitant amount of money on rent control, that money should be spent on affordable housing."

The approved rent control ordinance is estimated to cost the city between $1.5 and $2 million per year. Richmond, which just passed its first balanced budget in years, will pass along these costs to the landlords —who will not be allowed to pass on the costs to their tenants. But to many tenants struggling to pay their rents, thinking about rent control in terms of simple economics was missing the point.

One woman told the Council of how she and her seven-year-old son experienced a 200 percent increase in rent from one month to the next, leaving them both homeless in the city.

Speakers on both sides of the issue grew tearful at times, all concerned about protecting their livelihoods. However, Councilmembers grew visibly exhausted from the heart-wrenching testimony as time wore on.

With the clock fast approaching 11:30 pm, Councilmember Gayle McLaughlin called for an abrupt end to debate in order to get the vote in before the Council would have to vote to extend the meeting.

The back and forth over whether to end debate before allowing the rest of the Council to voice their thoughts pushed Mayor Tom Butt over the edge, and he and councilmember Vinay Pimplé abruptly left the chamber.  Councilmembers McLaughlin, Martinez, Beckles and Myrick voted to stop discussion before allowing Mayor Butt and Councilmembers Bates and Pimplé to speak or ask questions.

“I’m voting no, and I’m also leaving. I can’t deal with this,” the Mayor said before escorting himself and Pimplé out of the chamber.

Until last night it was unclear whether the rent control ordinance had enough support to pass. Councilmember Jael Myrick, the Council’s swing vote, was reported last week to not be in support of such stringent measures, but changes to the ordinance put him in support of it in the end.

“On April 19 [during the City Council meeting] I said publicly that I wanted to make sure we did something strong, and that we did it the right way to make it not harm the General Fund,” explained Myrick. “Changes to make Option D [rent control] more palatable have been met. Right now, it provides a guarantee that about 9,900 people will not be priced out of their homes, and I can’t look at that opportunity and just let it go by.”

The contention continued morning after the ordinance was approved with Councilmember Jovanka Beckles posting on Facebook that because of this ordinance, “…light will shine on those greedy, selfish, arrogant landlords. Should they evict people to get back at the City, they will be seen for who they really are: evil.”

Rent control and just cause eviction go into effect December 1, though the base period for rents started upon approval of the ordinance to prevent landlords from hiking up rents before its official implementation.

Richmond’s rent control ordinance affects the 9,912 rental units in the city that predate 1995, per California’s Costa-Hawkins Rental Housing Act. In addition, the city will establish a rent control board to regulate rent increases —which can reach up to 100 percent of the Consumer Price Index —and hear cases around just cause evictions.