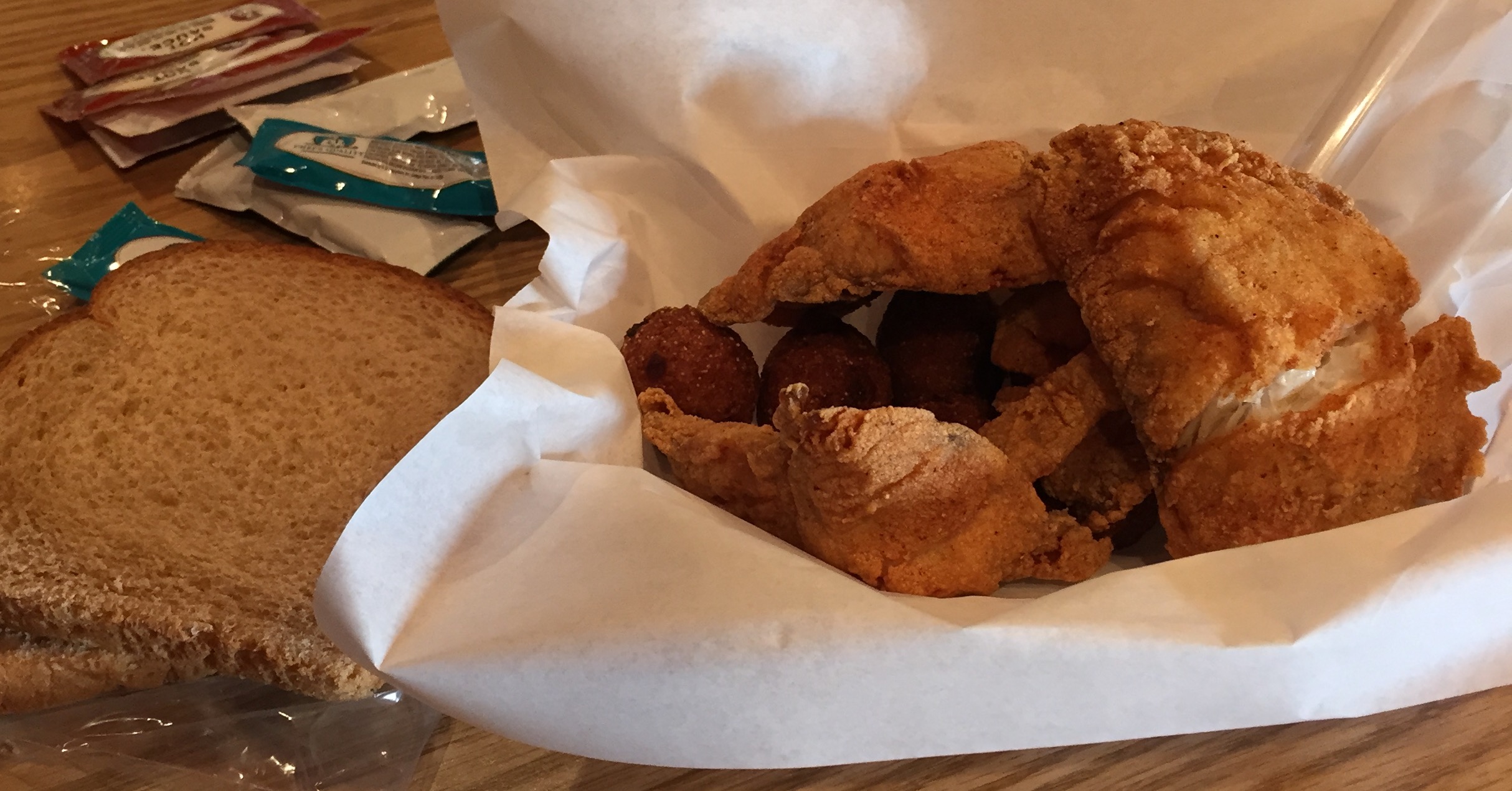 Cherry red walls draped in dark green foliage, the smell of sizzling fried fish, and enough hot sauce to go around — Boulevard Fish & Barbeque has the staples of a classic fried fish joint. But there’s something a little different about this place. Depending on what you’re looking for in a restaurant, Boulevard either has the perfect fast food, or is seriously lacking in attention to detail.

The restaurant stood empty during a recent lunch hour. The most lively thing in the restaurant was an old arcade game flashing and beeping in a corner. Only after peering around did I discover the sole occupant of the restaurant: Gary.

A direct and unsmiling man, Gary wasn’t interested in making conversation. He just works there.

Speaking to me behind the metal fence which separates the kitchen from the sitting area, Gary explained that his boss, the owner of the restaurant, is Bob. Boulevard Fish & Barbeque has been open for over 15 years, but Gary didn’t know much more than that.

I ordered a fried snapper sandwich with a side of hush puppies.

While Gary prepared my food I began to look around and take in the restaurant. It’s clear that Boulevard follows the tradition of the southern fried food restaurant — a simple floor plan, a menu that is heavy on sides (potato salad, greens, hush puppies, mac and cheese), and tables that are loaded with tartar sauce and vinegary hot sauce. Everything was in place, so why was it so empty?

My food came out in a paper basket lined with wax paper. The fried snapper of my fried snapper sandwich was piled high in the basket on top of my hush puppies — the fish wasn’t inside of the sandwich. Actually, it wasn’t even a sandwich.

Instead, the bread — two cold slices of wheat sandwich bread — were on the side, in a plastic sandwich bag. It was a DIY sandwich of sorts, where the fried contents of the sandwich come out separate from the bread. That definitely made it easier to add enough sauce, but I don’t think that was the intent. Rather, it seemed like the bread was kind of an afterthought to the sandwich.

I rolled with it. I stacked on the snapper, loaded on even more sauce, and dove in. The food was actually really tasty, despite the weird presentation and strange vibe of the restaurant. There was enough snapper for two sandwiches, but unfortunately the plastic sandwich bag only came with two slices of bread.

This part of Boulevard Fish & Barbeque worked for me. It’s a fried fish place, and the fried fish was delicious. That’s all you really need, I suppose. Next time I want a fried fish sandwich, though, I might be heading back to Lilly’s New Orleans Cafe.