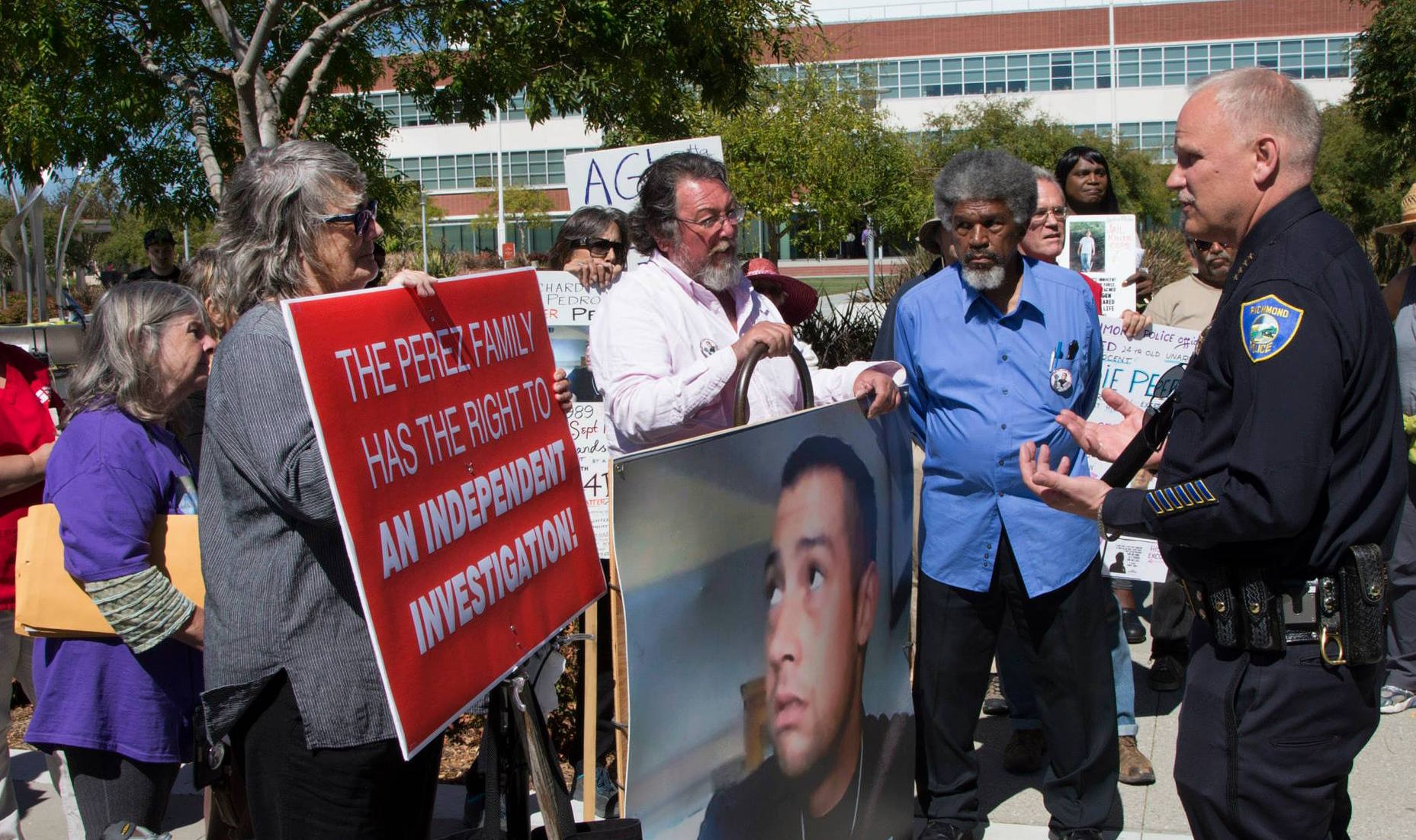 Almost a year and a half has passed since Richard “Pedie” Perez was shot and killed by an officer of the Richmond Police Department. Since the time of Pedie’s death, the Perez family has sought an investigation into why an unarmed, although highly intoxicated, young man was shot dead by a Richmond Police Officer.

Denied by the District Attorney, in the spring of 2015 the Perez family reached out to the Richmond Police Commission, the citizen body which hears complaints from the public of racial bias and use of force against the police department. Again, the Perez family was denied, this time on a technicality: the 45-day window which citizens have to file complaints after incidents had closed months before.

The denial of an investigation through the Police Commission, which the Perez family sought in order to bring clarity to the incident, sparked outrage in the community and called into question the purpose and practices of the Police Commission. Last October the City Council began examining potential reforms put forward by concerned citizens but ultimately directed the Commission to provide a list of recommendations.

During a special meeting of the Police Commission on Wednesday, the Commission worked to update the board’s enabling ordinance and proposed a number of sweeping changes that, if approved by City Council, could change how the public interacts with the citizen review board.

“We need to have something for the citizens, by the citizens, and I hope it comes out that way,” Pedie’s father, Rick Perez, said during the meeting’s public forum.

The first issue taken up was that of the 45-day window in which the public has to file complaints against officers in incidents of unreasonable force or racial bias.

Commissioner David A. Brown proposed extending the limit to 120 days to give members of the public time to review how the police department is handling the incident, and then file a complaint if they disagree with the findings.

“The 120-day limit gives enough time for a person who claims an injury to assess what has occurred within the police department, and then if that individual says that they’re not satisfied, the police won’t talk to me, or the discipline is inadequate, then they can pursue their own complaint,” Brown said.

Brown pushed that the 120-day limit was crucial because there is a state law that limits the timeframe for disciplinary action against officers to one year from the time that a department becomes aware of an incident. The 120-day limit, Brown explained, would give complainants time to pursue an investigation with the Police Commission from beginning to end within the one year limit.

Commissioner Felix Hunziker* pushed for any incident that results in a fatality of a member of the public to be automatically investigated by the Police Commission.

“There’s still a lot of value to be brought forward from a case simply to learn what went wrong,” Hunziker said. “I don’t think we should be bound to [120 days] because we are on the police department’s schedule.”

A majority of Hunziker’s fellow commissioners, however, did not share the same sentiment and the proposed 120-day rule was as far as the Commission was willing to go.

The Police Commission also worked to address how the citizen review body would address complaints that come in after the proposed deadline.

As the ordinance currently stands, the Commission’s confidential investigator and appeals officer (CIAO), who is appointed by the City Council to conduct investigations for the Commission, determines what constitutes mistakes or excusable neglect in the case of late complaint submittals.In past years CIAO's have allowed numerous late complaint submittals but in the case of the Perez shooting the most recent CIAO, a former police-chief-turned-investigator, did not grant the same relief. On Wednesday the commissioners unanimously voted that they should be responsible for all future determinations in the case of late submittals.

After a number of technical changes to wording within the Police Commission’s ordinance to bring it in line with current legalese, the conversation shifted to renaming the citizen body.

“A lot of people are afraid of the word ‘police’,” said Commissioner Therese Barquet. “To make it clear that citizens have something to do with it does soften the word and make [the Police Commission] more inviting.”

Commissioners then unanimously agreed to propose renaming the Police Commission to the “Citizens’ Police Review Commission.”

Though the Police Commission worked through a number of issues that could clarify the body’s purpose and connection between to the public and the police, the changes will have to be approved by the Richmond City Council to become finalized. It is expected that City Council will take up the proposed changes during their February 2 meeting.

*Full Disclosure: Felix Hunziker is a co-owner and editor of Radio Free Richmond