In an interview with Radio Free Richmond in late July, Chief of Police Chris Magnus discussed the great reduction of violent crime in Richmond during the first half of 2014. The Chief presented innovative tactics and new technologies in fighting crime as the reasons for this shift, but he advised that there was still progress to be made.

Just last week, an article in the Richmond Standard provided new numbers on this front: the reported number of gunshots fired from January 1st through August 1st is down by almost half. Last year at this point, 1,255 shots were fired and reported to the Richmond Police Department. That number is just 678 this year.

During a recent conversation with Radio Free Richmond about these new figures, Chief Magnus thanked a few different sources for the reduction in shots fired. Namely, in 2014 there have been more arrests and prosecutions for firearms crimes, and there has been an increased focus on key individuals who are involved in gun crimes. In addition, the utilization of the ShotSpotter gunfire detection system has been crucial in the advancement of public safety in Richmond. For more information about the tactics of the Richmond Police Department, read the article linked above. Below are graphics outlining the decline of shots fired in Richmond. 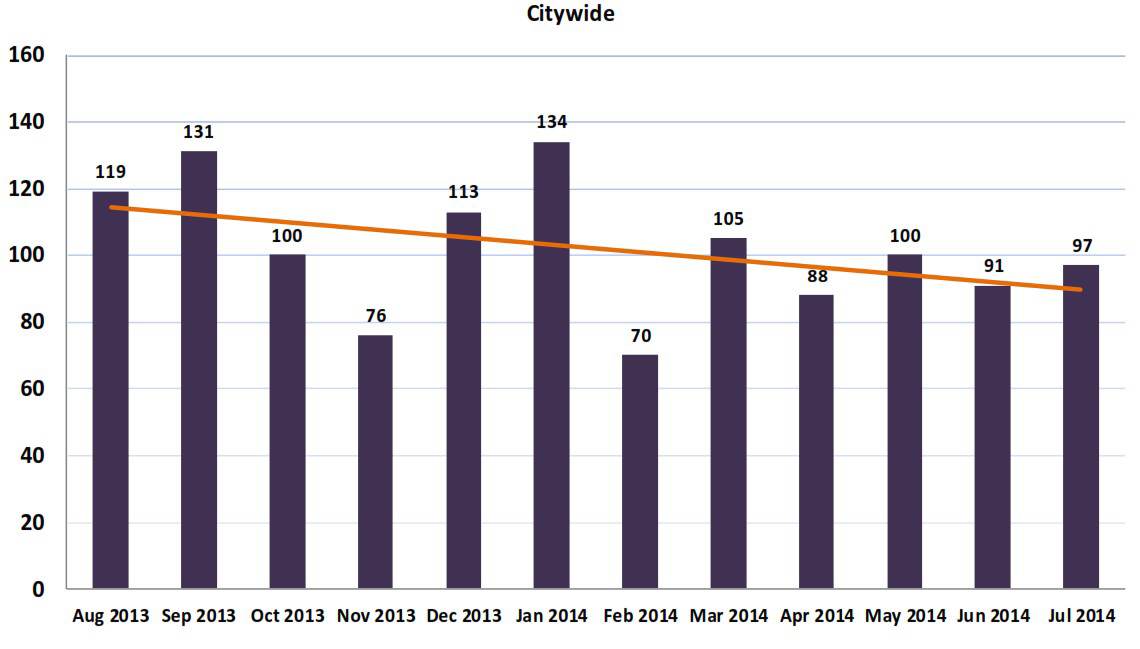 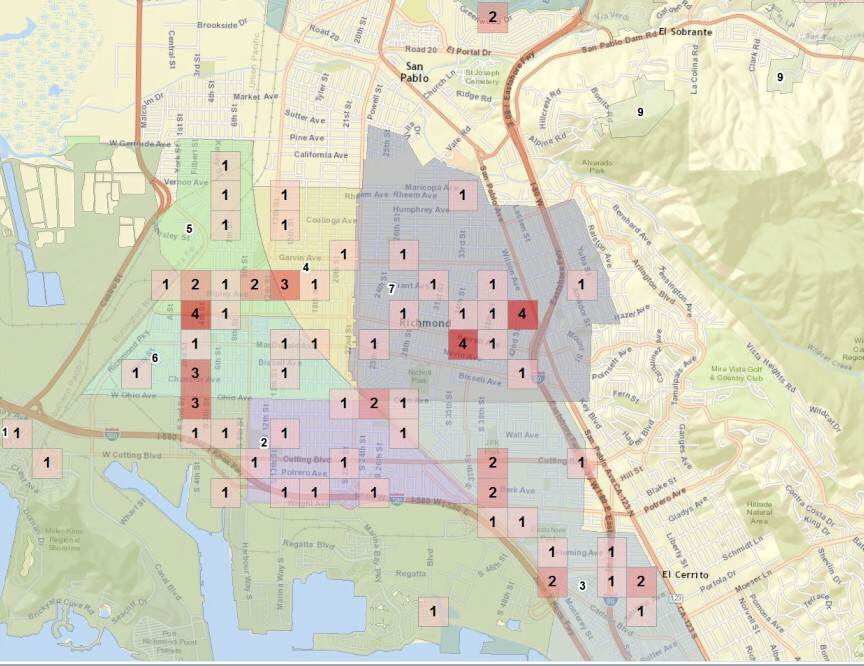