The BAD Girls skate to victory at the Craneway 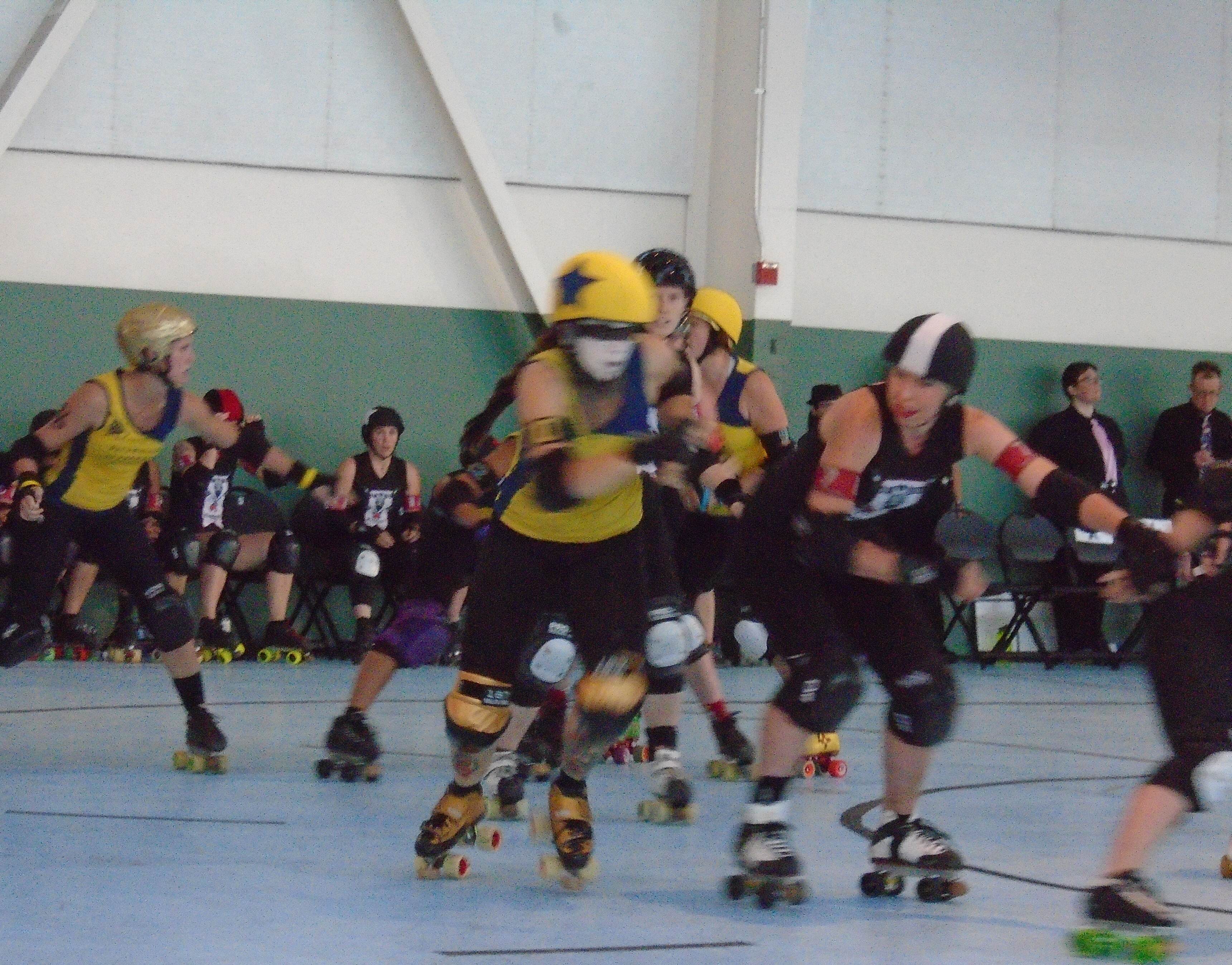 On Saturday night, the Craneway Pavilion was filled with bleachers packed with screaming fans, a wafting fragrance of food truck delectables, and the Bay Area's four roller derby teams, each with something to prove. The Bay Area Derby Girls (or BAD Girls, as they're known) faced off in the fourth and final double header of the season that night. Saturday's matches recalled memories of July's double-header, which was full of limb crashing and skater jamming, but girls of the Bay Area's derby league fought harder and dirtier this time around. The BAD Girls were out for blood. 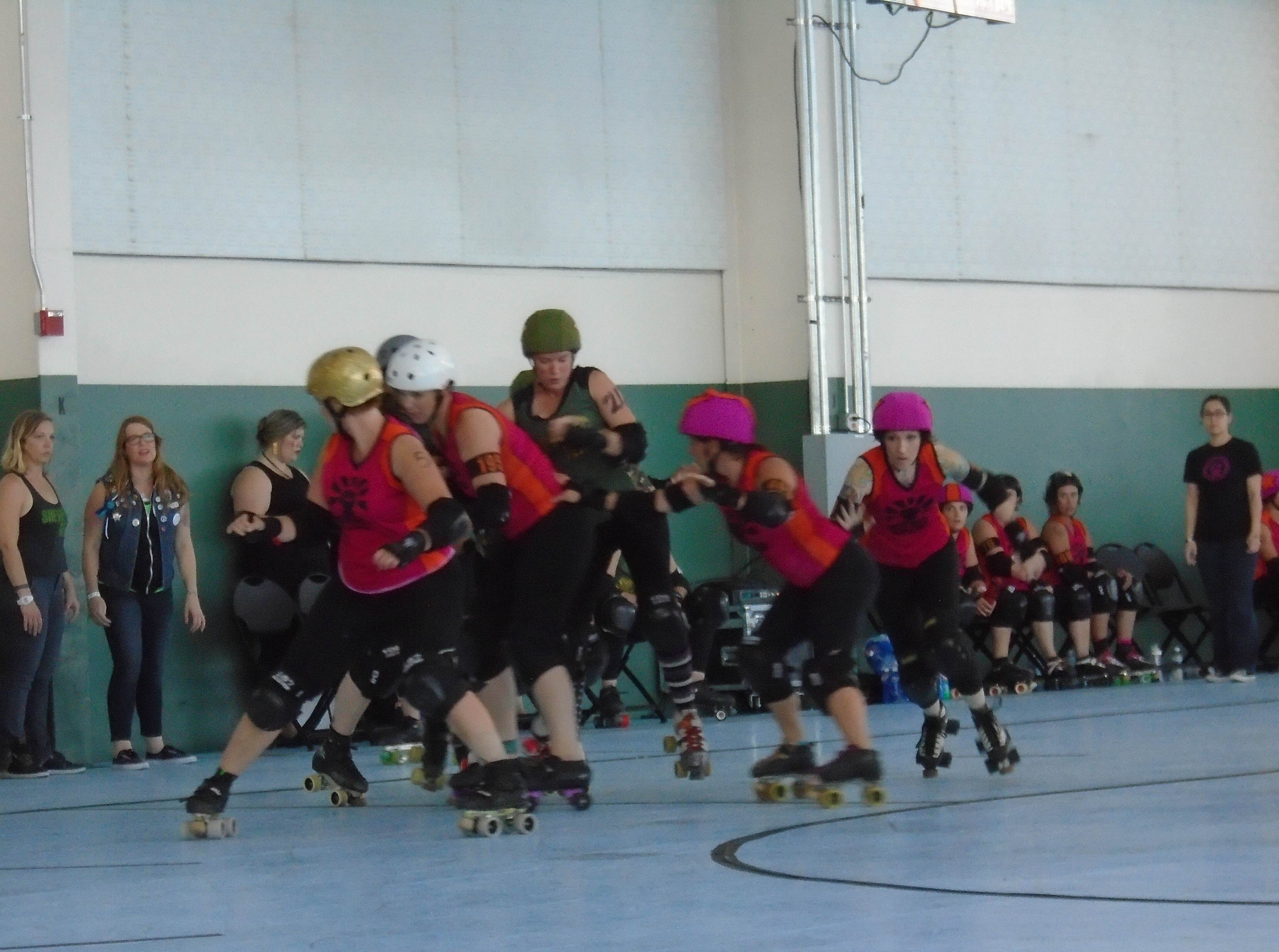 The San Francisco ShEvil Dead and the Berkeley Resistance faced off in the first game. With three of three games lost so far, the ShEvil Dead were clearly eager to nab a victory in this final game of the season. Berkeley Resistance, which was tied with the Richmond Wrecking Belles and the Oakland Outlaws at two wins, had their eyes on a final win and were slinging elbows in every direction to achieve victory.

It may have been that crowds can't resist cheering for an underdog, or maybe the ShEvil Dead really do have the largest fan base, but throughout the game the room was filled with screams for the San Francisco team. They tried to block the Berkeley Resistance players from jamming through their blockade, but it was no use. No amount of screaming from the audience or fighting from the ShEvil Dead could stand up to the brute force of Berkeley Resistance. By halftime, it was 128-27 Berkeley. The trend continued in the second half of the match and the point gap only grew. If only the ShEvil Dead could have summoned the power of their Sam Raimi-directed namesake, perhaps they would have been able to break the Resistance. Alas, the ShEvil Dead crumbled under the Resistance, and the game ended with a final score of 268-78, Resistance.

The Richmond Wrecking Belles and the Oakland Outlaws faced off for the championship title in the second game. These two teams represented the best of the BAD Girls. Each team won two games over the course of the season, and they also the scored the most points of the four teams throughout the season. The game started off fast, with the Wrecking Belles immediately breaking through the Outlaws and scoring multiple times. Once it was Outlaw's turn to jam through the Wrecking Belles, however, they quickly caught up. Four minutes into the game, it was already 9-13 Richmond, and another four minutes later it was tied at 17-17. The game continued with each team scoring high points, fast. By half time the score was 107-77, Richmond. 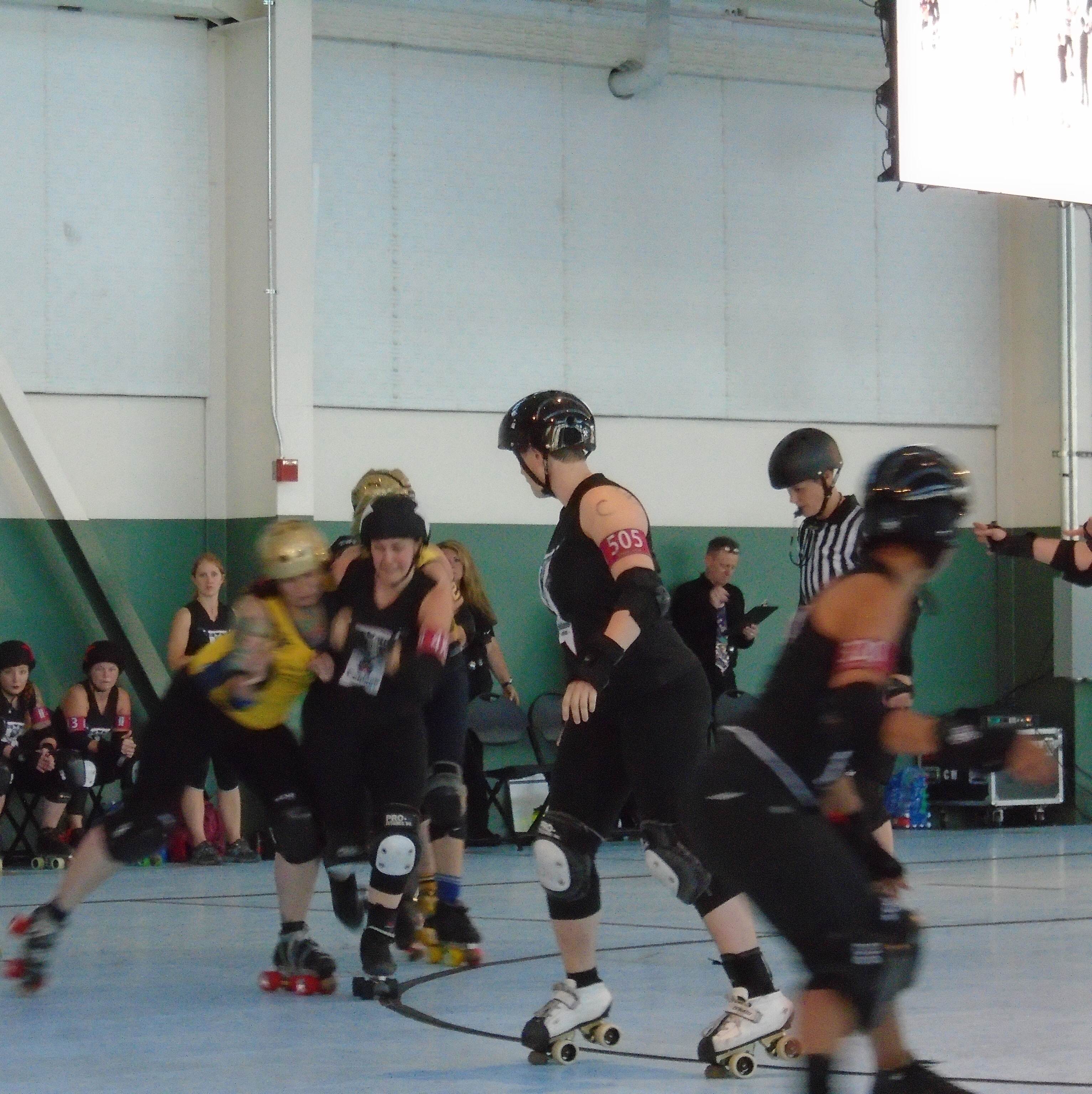 A member of the Wrecking Belles started off the second half of the game by throwing her elbow in the face of an Outlaw skater. The fury and pain consuming the Outlaw players then lead to even more vicious jamming in the hopes of scoring, and the entire second half of the game as an acceleration of this violence. Dragging members of the opposite team by their shirts, shoving players into each other, and laying down bruise-inducing booty bumps were just some of the techniques used in the rink. So close were each teams to the championship title and so well matched were the players, that playing dirty was the determining factor that set one team ahead another. In the end, the audience at the Craneway saw a hometown victory. The Wrecking Belles won, 181-178, and took the championship title.