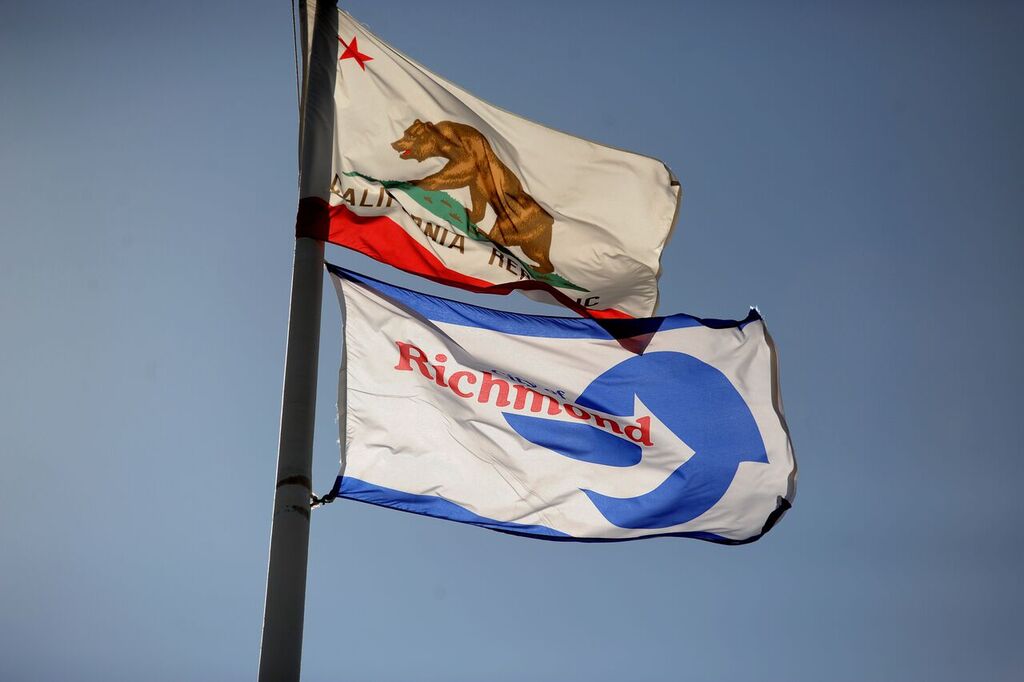 The past 12 months in Richmond saw moments big and small that will have lasting impacts on the course of the city. In the final 10 days of 2015, here’s a look back at five of the biggest moments of year.

5. The Debate Over Rent Control Comes to Richmond
Richmond City Council grappled all year with how to ensure the city’s renters were not displaced amid skyrocketing rental prices in the Bay Area.

The conversation on how to protect the city’s renters began in the spring and solidified into a stringent rent control package that was narrowly approved by City Council in late July. The ordinance passed capped rents on nearly 10,000 units in the city, and would allow for marginal annual increases in rent. Hand-in-hand with rent control was a Just Cause for eviction policy that made it more difficult for landlords to evict their tenants.

The ordinance passed 4-3, with Mayor Butt and Councilmembers Vinay Pimplé and Nat Bates voting against the measure.

The three members of the council weren’t the only ones to oppose rent control, and a petition to repeal the ordinance began making the rounds in the city mere weeks after it passed. Over 7,000 signatures in opposition to rent control were gathered, nearly 2,000 more than were required to suspend the petition, and in early November, City Council voted to repeal the ordinance it had approved just a few months before.

The saga of rent control is likely far from over. Just two days after City Council repealed the ordinance, it was reported that the city’s progressive bloc was ramping up efforts to get a rent control measure on the ballot for the 2016 election.

4. Political Newcomer Fills Vacant Council Seat
Nearly 20 people applied in February to fill the City Council seat left vacant by current Mayor Tom Butt’s ascent to the highest position in Richmond city government. Many of the candidates had long histories of working in the city in a variety of capacities, from local community activists, to a former city councilmember.

The debate among City Council over who to elect was contentious, and was nearly pushed to a special election, which would have cost the city upwards of $500,000. In the last few minutes of a heated City Council meeting in late February, Councilmember Nat Bates put forth Vinay Pimplé’s name, and he was swiftly elected.

In his first 10 months as a councilmember, Pimplé has gained a reputation for being pragmatic and thoughtful on issues concerning the city’s finances, which has at times led him to butting heads with city officials.

Pimplé, a community activist who has a degree in English Literature from Rutgers and a law degree from UC Berkeley, described his desire to be a councilmember as both public and personal.

3. Magnus Moves On
After nearly a decade of overseeing reductions in crime and improvements in community-police relations, Richmond Police Chief Chris Magnus is moving to Tucson, Arizona to take the reigns as police chief there.

2015 saw Chief Magnus remain dedicated to connecting with the community, even if it drew criticism from onlookers. In February of this year, Magnus was celebrated for joining a Black Lives Matter protest with youth from the RYSE Center, a move which garnered national acclaim from some news outlets, while local police officers criticized the move as unprofessional.

After years of steady decreases in crime, 2015 saw a slight uptick in crime in the city, an issue Chief Magnus believes can be resolved with diligent, intentional community policing.

“When you have folks [in the community] working with you as a partner, not only can you get a lot more done, but when mistakes are made or an approach was put in place that you didn't necessarily work the way you wish it did, people are a little more forgiving and understanding of how that can happen,” Magnus said in an interview about his community-police tactics.

A fixture of the community, Magnus has described his departure from Richmond bittersweet.

2. New Mayor Brings Unique Leadership Style
Garnering over 50 percent of the vote in the November 2014 election, Mayor Tom Butt has brought his own style of management and leadership to Richmond since being sworn into office in January.

In the months leading up to last year’s election, Richmond gained attention throughout the Bay Area for a dysfunctional City Council that had reached “crisis point.” Since taking office, Mayor Butt has made a point of being a swift leader who works to keeps conversation on track to get business done in the city.

The Mayor has proven ambitious in his goals thus far, too. From securing the ferry line from San Francisco to Richmond, to initiating regular business roundtable lunches to connect city leadership with local businesses, to representing the city at the recent COP21 climate conference in Paris, it appears that Mayor Butt is keeping true to his vision for Richmond as a city on the up and up.

1. Rosie Rally
Seventy years after hundreds of “Rosie the Riveters” went to work building a record-breaking 747 warships in Richmond during WWII, the city again took the spotlight as the home of the famed worker in August when over 1,084 Rosies of all ages gathered to assemble the greatest number of Rosies in the same place at the same time in the hopes of breaking a Guinness World Record.

The Rosie Rally, which was organized by the Rosie the Riveter / WWII Home Front National Historical Park, served as a moment to reflect on the progress women have made in the American workforce since the days of WWII, when Rosies around the country entered the workforce for the first time.

The event was a sea of blue overalls and red bandanas as seen from above in Radio Free Richmond’s drone footage of the event. Between the live music and occasional conga line, the energy and camaraderie of the day was electric.

A handful of original Rosies were in attendance at the event, and some talked with Radio Free Richmond ahead of the event about what it meant to them to be among the first Rosies in the workforce. Though Richmond only held the record for a couple months, the moment reinvigorated support solidarity around Rosie as an icon of women’s empowerment in the workforce.

What do you think of the biggest moments in Richmond in 2015? Tell us in the comments below.